Supernatural, School, Comedy, Drama, Romance
Charlotte (シャーロット, Shārotto) is a Japanese anime television series directed by Yoshiyuki Asai. While P.A. Works and Aniplex are responsible for the animation, the original concept was laid down by Jun Maeda and original character design by Na-Ga, both affiliated with VisualArt's/Key. The anime began airing in Japan on July 4, 2015, and is simulcast by Crunchyroll and Animax Asia in South and Southeast Asia.

The screenplay is written by Jun Maeda, who originally conceived the series. The art director is Kazuki Higashiji, and Kanami Sekiguchi based the character design used in the anime on Na-Ga's original designs. Sound and music direction is headed by Satoki Iida.

An English dub was announced at A-Kon on June 4, 2016 along with the principle cast and ADR director, Tony Oliver.

Charlotte follows the story of four students in an alternate reality from Hoshinoumi Academy, a school founded to protect children with special abilities that develop during puberty, as they search for and protect others like them throughout Japan.

These students include Yū Otosaka, a boy with the power to control another person, albeit only for 5 seconds and only when directly looking at the target, Nao Tomori, who uses her power to become invisible to one person she chooses in order to convince others to listen to her, Jōjirō Takajō, with the power to move extremely quickly making it look like teleportation, and Yusa Nishimori who is usually possessed by her deceased pyrokinetic sister, Misa, due to her ability as a medium.

The list below provides the sequential order of the episodes of Charlotte. 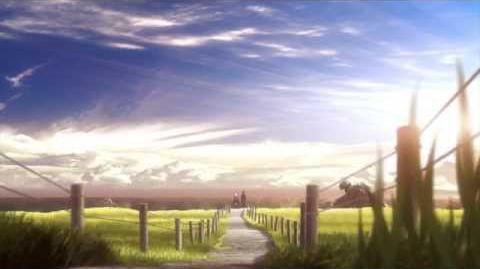 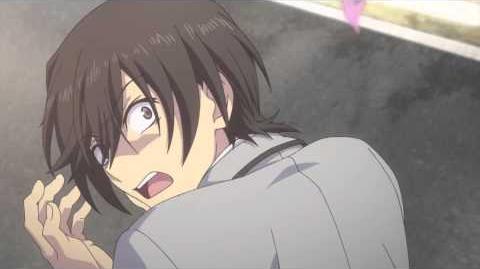 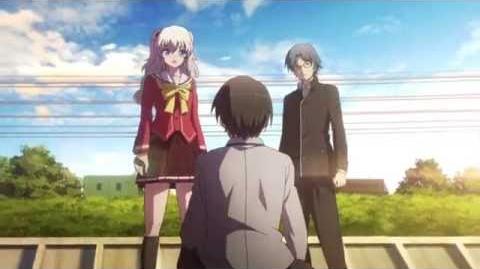